We are done implementing most functionality for Pants's Java and Scala support (tracked here). However, there may be use cases that we aren't yet handling.

Please share feedback for what you need to use Pants with your JVM project by either opening a GitHub issue or joining our Slack!

Check out github.com/pantsbuild/example-jvm to try out Pants's Java and Scala support.

Then run ./pants tailor to generate BUILD files. This will create java_sources and scala_sources targets in every directory containing library code, as well as test targets like scalatest_tests and junit_tests for filenames that look like tests.

You can run ./pants list :: to see all targets in your project:

Pants 2.11.x adds support for choosing JDK and Scala versions per target in your repository, but to reduce the amount of boilerplate required, most users set repository-wide defaults in pants.toml, and then only override them when necessary for particular targets.

JDKs used by Pants are automatically fetched using Coursier, and are chosen using the [jvm].jdk setting to set a repository-wide default.

To override the default on a particular target, you can use the jdk= field. It can be useful to use the parametrize builtin with the jdk= field, particularly to run test targets under multiple JDKs.

To use multiple Scala versions in a repository, you would define multiple resolves, and then adjust the resolve field of any targets which should be used with the non-default_resolve resolve.

To cross-build a set of Scala targets for multiple Scala versions, you can use the parametrize builtin with the resolve= field of the target and its dependencies.

The Scala backend currently requires that a jvm_artifact target for the org.scala-lang:scala-library Scala runtime be present in any resolve used for Scala. If such a jvm_artifact is missing, Pants will error. Pants will automatically inject a dependency on the runtime. (This target may be automatically supplied by Pants in a future version, but that is not currently implemented.)

In many cases, the dependencies of your first-party code are automatically inferred via dependency inference based on your import statements. If you do need to declare additional dependencies for any reason, you can do so using Pants' syntax for declaring dependencies for targets.

Third-party dependencies (i.e. those from repositories like Maven central) are also automatically inferred via dependency inference, but must first be declared once per repository as jvm_artifact targets:

Pants requires use of a lockfile for thirdparty dependencies. After adding or editing jvm_artifact targets, you will need to update affected lockfiles by running ./pants generate-lockfiles. The default lockfile is located at 3rdparty/jvm/default.lock, but it can be relocated (as well as additional resolves declared) via the [jvm].resolves option.

Thirdparty symbols and the packages argument

To efficiently determine which symbols are provided by thirdparty code (i.e., without hitting the network in order to compute dependencies in the common case), Pants relies on a static mapping of which artifacts provide which symbols, and defaults to treating each jvm_artifact as providing symbols within its group.

The packages argument allows you to override which symbols a jvm_artifact provides. See the jvm_artifact docs for more information.

To have your code load files as "resources":

To manually check that sources compile, use ./pants check:

To run tests, use ./pants test:

You can also pass through arguments to the test runner with --, e.g.:

Once enabled, lint and fmt will check and automatically reformat your code:

Working in an IDE

Pants supports loading Java and Scala projects in IntelliJ via the BSP protocol (which should ease VSCode support via Metals, although it is not yet supported).

After Setup (see below), and after IntelliJ has finished indexing your code, you should be able to: 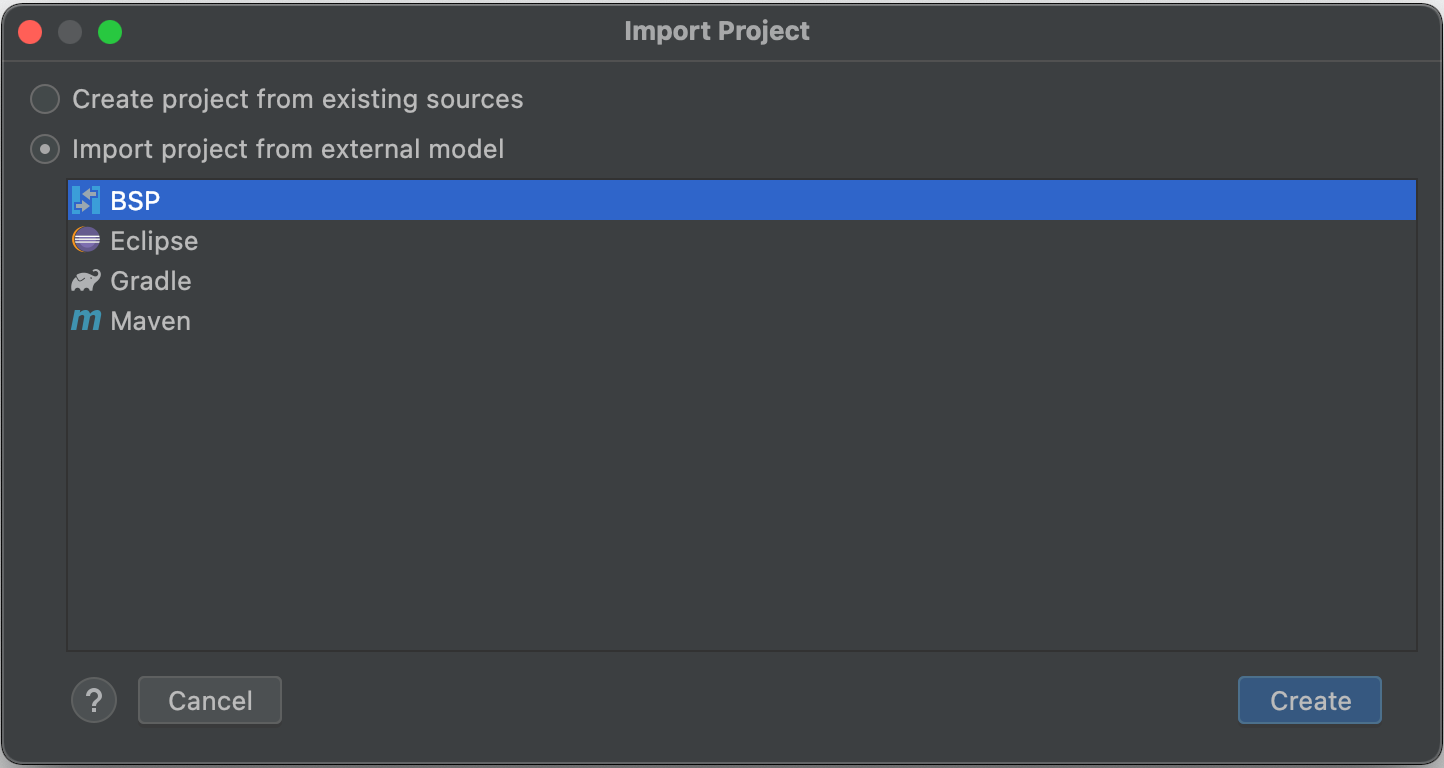